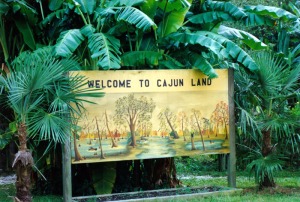 I had mentioned in a previous post that one of our trips for this year was to be to the Deep South.  Taking in the states of Georgia, Tennessee, Mississippi, Alabama, and Louisiana with the intention of staying off main highways; seeing where the route takes us.

The only plan; indulge in BBQ, Blues, and Bayous.

Since arriving at this plan we have scoured San Francisco for restaurants where we could whet the appetite and satiate a growing desire for southern bugs; with all the fixin’s of course.

Every Cajun or New Orleanian establishment found we hurtled ourselves through the door in complete and utter anticipation. The expectation being that a full bucket of freshly boiled crawfish would be delivered and spread out across the table for a finger lickin good time.

Not once did a table see the bright red carcass of this freshwater mudbug.

Seems crawfish is out of season at sea level!

A recent road trip up into the Sierra and the Yosemite Valley had been beyond spectacular. I found myself often at a loss to find words that would adequately portray just how stunned, in a good way, I felt.  This long weekend getaway had been a celebration; every moment had been relished. The mountains had surprised us more than once with wildlife or weather and they were about to do it again; with food.

We had heard there was a good BBQ place in the town of Oakhurst and had gotten ourselves all worked up about this. Rampant anticipation; a fault or a gift? It was to be our Saturday night on the town.

The innkeeper however, recommended another restaurant as she had no love for the art of BBQ or its associated sauces. Her husband on the other hand was licking his lips at the mere thought of brisket or chicken slathered in the spicy deep red lava flow of southern Q. Unfortunately he would have to dine alone if he ever wanted dine there. Mama’s orders!

The recommendation was for a Cajun restaurant called Woody’s.

What’s a Cajun restaurant doing in the mountains was the first thought, followed closely by, da da dahhhh…

“Do they have Crawfish”?

Let’s be honest, if you cannot find good southern food in San Francisco, a mecca for foodies, then what is the hope that small town Oakhurst would be able to make the grade.

I should have looked at this differently. Big mountains; why not big flavors.  It was David vs Goliath and David kicked ass. To say this was one of the best meals to wave goodbye to a plate and say hello to my taste buds is in no way an exaggeration. As much as I was in awe of Yosemite I was just as in awe of Woody and his deep south recipes.

My apologies as I start to sound like a teenager from the valley but these globes of flavor were insanely tasty. Accompanied by a garlic enriched cream sauce these balls made of crawfish were a full meal in themselves. When the plate came my mind said “You have to be kidding me”!

Big, brown, round, and beautiful.

Next up was a feast for the ages starting with baked potato soup, crawfish etouffee, and blackened skirt steak with a side of brussel sprouts.  I have not eaten brussel sprouts since being made to eat them as a kid. I hated them then and have not had them since.

As an adult I have the right to pick what I want to eat but since Alison promised to eat them and I really wanted a steak; I acquiesced. 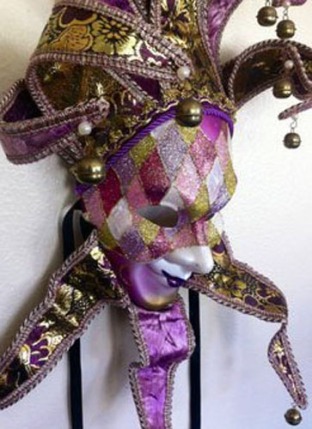 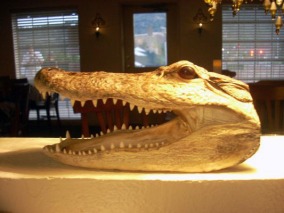 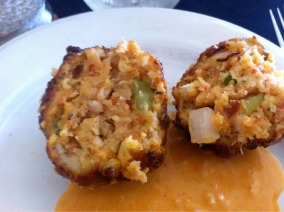 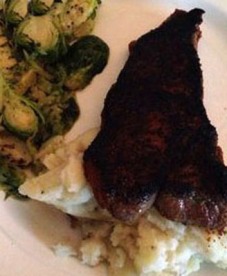 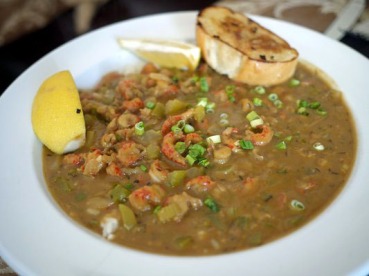 We were at this stage, already pining for dessert.

Upon entering the restaurant our eyes had fallen on a variety of desserts and our mouths watered instantly. It was not an option if we were having dessert; just which one.

We got down to the task at hand and ate. As we ate we groaned that groan you emit when something so wonderful is happening that your body is unsure if it’s real and certainly does not want it to stop. My stomach was on holiday and it was luxuriating in this new gastronomic delight. Equivalent I am sure of lounging by the eternity pool  on some island paradise.

Even the brussel sprouts remained resident on my plate and begrudgingly shared.

As our consumption slowed and our stomachs screamed in bliss at the bloating that has now occurred we realize in horror that if we eat desert we will explode. We were quite literally stuffed and would remain that way for a couple of days.

In the interests of full disclosure it is only fair to tell you that we returned the following night to Oakhurst. Even though still full from our meal at Woody’s we found the strength and stomach-room to indulge in Todd’s BBQ. It was good. 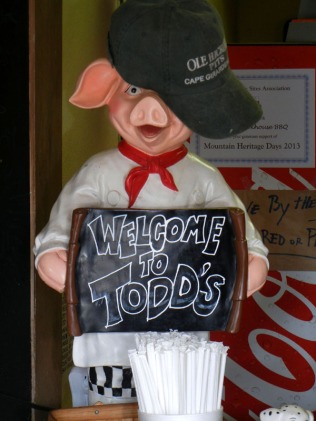 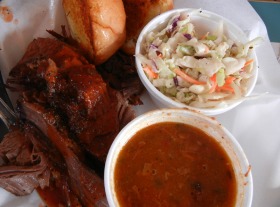 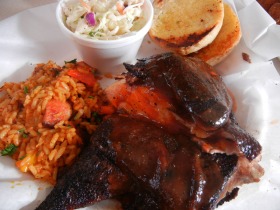 Woody was born in Jackson, Mississippi. As a kid he would follow his brother to New Orleans during the summers. He fell in love with the extraordinary blend of Southern and French that is New Orleans, packaged in a rhythm and passion like nowhere else on earth. He began working in restaurants at 14 and has worked every position from busboy to bartender, from dishwasher to chef. In 1997, he moved to the tiny mountain town of Oakhurst with his wife, Cilina, and their three daughters. Not to long after that Woody became a cook at the Narrow Gauge Inn working under local legend Wayne St. John. While working with St. John he developed a deeper understanding of classic French cooking and fine dining. He combined that with his creativity and instinctual grasp of flavors. Borrowing from any good food that came along, Woody created dishes that were sometimes traditional, sometimes unexpected, but always delicious. This cuisine eventually led to an offer to be head chef at a new restaurant in Mariposa, Savoury’s.

As head chef at Savoury’s Woody helped design the menu and build the restaurant into one of the most successful and popular places to eat in the mountains. For six years Woody ran the kitchen at Savoury’s. Eager to get back to his roots, Woody and Cilina returned to New Orleans in July 2005, where Woody spent time cooking at the famous New Orlean’s restaurant Cuvee. Unfortunately, one month after they arrived in New Orleans, Hurricane Katrina did too. They remained in New Orleans for many months afterward, but eventually they came home to the mountains and their daughters. They brought back with them the flair, the flavor and the soul that is the South, and especially New Orleans.

Now Woody is delivering the essence of New Orleans in every dish at Woody’s New Orleans West. On many nights his wife will greet you at the door and tell you to sit wherever you like. Then she or one of their daughters will bring your food, your drinks and a lot of laughs while Woody’s in the back delivering the flavor and Southern soul to your dinner.

39 thoughts on “Crawfish in the Sierra Nevada”