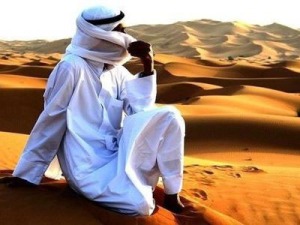 Nowadays, Cairo conjures up images of rebellion, bloodshed, barricades, and overall civil unrest in the city’s center known as Tahrir Square.  Not to mention military coups and the ousting of two sitting presidents in as many years.  Egypt has been through a lot in recent years resulting in an image that has been severely tarnished.

That did not used to be the case though.

The mention of Cairo once brought with it images that stuck fast in the imagination. Cairo, Egypt; the home of Alexandria’s Lighthouse, a world wonder for many centuries, pyramids, pharaohs, the sphinx, Tutankhamum, and Cleopatra; the doorway to the Sahara. It is a land of mythical stories and legends, too many to recount.

How did they build those pyramids? How did the boy pharaoh really die? Did Cleopatra bathe in milk? How did the sphinx lose its nose?

Were there aliens involved?

Arriving in Cairo the dust and grime of the city immediately finds rest in every pore of your skin. The noise and chaos are not like that of Asia. In Asia there is an organization to the chaos, whether real or perceived. Here in Cairo it is more intense; more alarming. Almost a fore-telling of the what was to come.

My hotel, which I had booked from Eilat in Israel, was billed as one of the better budget lodgings available in the downtown area.  It was close to the massive Mogamma Building; a center for government bureaucracy, red tape, and corruption.

All of which I would encounter and be consumed by, very shortly.

My entry into Egypt had been through the scattered graveyards of the Negev and Sinai deserts. Never before had I seen so many burned out vehicles and military detritus as was strewn about in the sands.  An image of the apocalypse; a dead and barren wasteland.

The border guards fit perfectly into this environment.  They were gruff, unfriendly, and even though I suspected untrustworthy I had nothing at the time to base that on.  They were efficient though and let’s face it, that’s all we really want from a guard at the entrance to any country that is not our own. 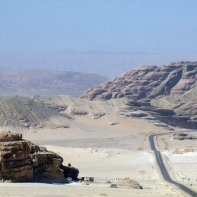 We drove in a small weather-beaten van through the swept orange sands of the Sinai. Not a wisp of wind in the air yet the desert, seemingly solid, was in a perpetual state of movement. You had to really look hard to see just the very top layer of sand, so fine, was constantly dancing across the landscape; up to the horizon.  A vivid blue expanse there to greet every grain.

On either side of the paved single lane road were dunes in miniature. Waiting patiently for the Saharan winds to kick up and boost their size; eventually creating mountains made up of the constantly shifting mass.

Both the road ahead and the sky above were clear; not another soul in sight.  Not a living plant or animal; just the barrenness of an arid countryside.

In that same mesmerizing instance a force began to wreak havoc.  Dust and sand were shifted with violence in our direction; whipping at the parts of our flesh that were exposed and blasting the painted panels of the van.  For each it seemed the intent was to remove the outermost layer and then dig deeper.  It became blacker than night instantly. The howling went from a distant hum to a crescendo of anger before subsiding as quickly as it began; allowing light to begin filtering through once again.

A predicament was what you would call this.

I had never really thought of a road as a lifeline that connects point A to point B.  In most situations you would have options. A detour would be one, turning around and heading back the way you came would be another.  At the very least you would have these two but when the road you were on has been completely swallowed up, in front and behind, those two options are of little use.

My time in Egypt would render many moments of seemingly other-worldly intervention.

Like a mirage the blurred silhouette of a Bedouin tribesman began to appear; walking-stick in hand. White linen draped around his body and head having just encountered the same sand storm we had.

He was calm and looked all-knowing; completely in contrast to the guy who had been driving the van.

As he walked by, he smiled. But he kept on walking. We stood, somewhat transfixed by this man who appeared out of nowhere. Still clinging to the notion that he was purposely delivered in order to hoist us from the deserts midday clutch.

Just as his image was about to shimmer into a mirage he turned back; walking-stick raised in the air and pointing to the heavens. I want to say he was jubilant and fist pumping the sky with his wooden staff but he wasn’t. He ambled back toward us as leisurely as when he moseyed on by.

It was me and the van driver who were jubilant yet we had no real reason to be; it was all based on hope.  Knowing that we had been joined by someone who had chosen to make their home in the desert afforded us a huge degree of comfort.

The van driver and the tribesman spoke. Presumably exchanging pleasantries before getting down to the business of a desert extraction.

As turned out to be the case in many instances, a short period of chaos and yelling ensued. Flailing gestures and unrecognizable verbal orders were  levied in my direction. It was all a big panic now and even though the reasons for such immediate action were unclear it never the less became contagious.

Seated within seconds the driver began to gun the accelerator.  With the engine screaming, the Bedouin leading, we began to hurtle towards the  newly formed sand bank that had once been our road.

Heads were mashed into the metal roof and wheels kicked up cascades of sand on both sides of us. The whine of an engine greeting defcon-5 and the continuous yelling and animation of our Egyptian guides would have certainly gone viral if captured.

Forget walking like an Egyptian; we were spinning on the Sinai…

…and we continued to spin. The nightmare for the engine was brutal but we moved ahead at a snails pace. Human effort in terms of pushing and sand swallowing gave us additional progress. Good luck and some more of that other-worldly intervention took us the rest of the way.

Half a mile might not seem like a great distance but in the desert when you don’t know in which direction you should head and nothing but sand awaits you at every angle, it’s a big deal.

The smiling leather skinned Bedouin tribesman wrapped in white cloth had pinpointed the exact place our road would resurface. He had guided our efforts and put us back on track; black tar-seal was never such a welcome sight.

We were all smiles now and the relief was palpable. When we turned to our friend from the desert he was gone; not even a mirage shimmering in the distance.

Ahead of me is Cairo, the Mogamma Building, a con-man, and a thief.

For more on this journey click on The Con Man of Cairo , The Mogamma Odyssey , The Big Baksheesh , and Felucca on the Nile.

64 thoughts on “Sands of the Sinai”