Mist hovers like a veil, caught between a blue cloudless sky and jagged rocks of the landscape below.  Colors of rust, yellow, and green make up the northern spur of the Drakensberg Mountain range and as the heat of the dawning day begins to rise, so does the white halo; leaving in its stead a panorama so gorgeous it has been named God’s View.

The range is a stunning and natural gateway to one of South Africa’s premiere destinations; nothing could be more fitting to enhance the anticipation.

In 1926 South Africa realized the need for the protection of large swaths of land and the wildlife contained within, so established the first of its national parks. This park has grown to become the most famous in the country.  Any visitor is almost guaranteed an uninterrupted view of four of the “Big Five” along with many more magnificent creatures that roam the 7,580 square miles of savanna.

Kruger National Park is currently one of the largest game reserves on the African continent. To the north is Zimbabwe, to the east is Mozambique, and to the south is Swaziland.

Entering the park the first stop is the ranger office. It is here that you are officially welcomed, introduced to the park rules, recited the safety guidelines necessary for a healthy exit, and then regaled with stories about those who had not heeded these warnings.

These stories include some I have since been able to verify as true and some which fit more into the realm of urban legend. Never-the-less both types are equally as effective in garnering attention; photographs help etch these lessons into your psyche.

In January, which is the time of year now, young bull elephants get feisty. They are teenagers and hormones, like in any teenager, are on a rampage. Mix that with alcohol and you have a concoction with potentially humorous but sometimes disastrous effects.

It is also in this month that the Marula Tree bears fruit and upon being fully ripened, they drop to the ground. Once there, the green fleshy fruit begins to ferment in the heat and turns into a source of alcohol.

Young bulls eat the fruit and can become either enamored or aggressive. Neither of which bode well for tourists in a compact rental that could easily look like scratching post to a cross-eyed intoxicated elephant.

The best option for all concerned is that the hangover turns into a sleepover.

Another story told to us to further emphasize a warning about leaving your vehicle was about a Japanese man who had set up his video camera on the hood of his car when he spotted a pride of lions several hundred yards away.

The video recorder was focused on the lions.

He then took a wide berth and flanked the pride; eventually coming into focus behind them. He then began waving at the camera with both hands. This attracted the attention of the lions who attacked and killed him.

When the rangers got to the scene the camera had recorded the event in all its gore.

For many years in the 1990’s civil war rocked the country bordering Kruger to the east. Because of this, many had fled Mozambique; deciding to take their chances for a better more peaceful existence by crossing Kruger National Park in order to enter South Africa. This created a rash of lions becoming man-eaters. It is not known exactly how many refugees were killed in this way but according to some it is “a horrifyingly large number”.

Even though the civil war in Mozambique is over, and by all accounts the man-eaters of that time have all been killed, many people continue to make the deadly crossing in search of a better life.

I have since found out that even though this is a real issue the problem exists mainly along the border where desperate immigrants attempt the first stage of their crossing.

These were some of the stories told by the rangers. I have been able to find clear evidence for two of them, the third one regarding the Japanese man may be more legend and scare tactic than fact.

With all that said and out-of-the-way it is time to head into the park. The beauty of Kruger juxtaposed to the stories increases the adrenalin and anticipation of the adventure.

Protected within a jeep and alongside a ranger guide with a rifle it is still easy to feel the energy and excitement of the wild. 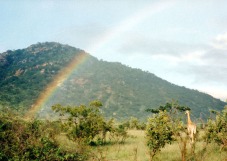 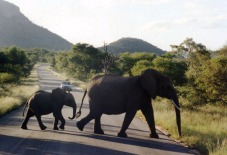 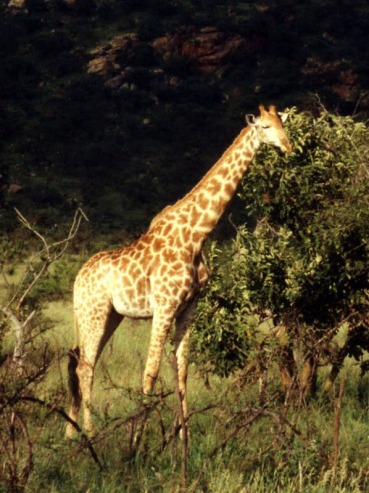 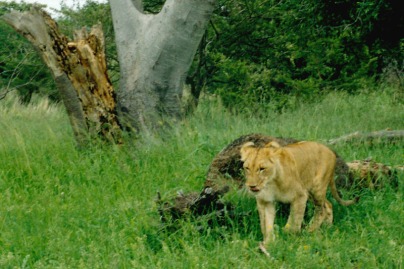 When night falls it is even more so. Knowing that right over the fence a few feet from where you lay in a pup tent is the African wilderness; nocturnal predators roam.

On my second night I went out with a guide beyond the camps enclosure. To say it was fascinating would be an understatement. In the pitch blackness we would see animals courtesy of our spotlight; this was a privilege, I had no doubt, to be allowed access into a world so unfamiliar.

At other times we would see shadows; the imagination would kick into high gear…what was it? Is it still there? Predator or not? But the real cause of awe, the reason veins pump with more volume than normal are the sounds of darkness. The cries in the jungle, the screams, the calls, the escape, the capture, the kill.

It is a completely unfamiliar and unfathomable feeling to be that of potential prey and I began to think what must go through the mind of an antelope. You’re just out there eating grass and next second a predator is trying to eat you.

I couldn’t imagine a more profound safari experience than the one I had on this pitch black January night…I was wrong.

21 thoughts on “The Stories of Kruger”