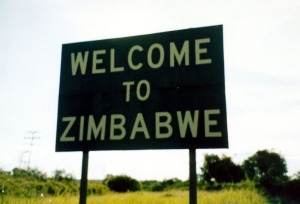 Traveling by bus in most developing countries can more often than not be an exercise in patience and mental fortitude. From the bus depot to the “middle of nowhere” where you will inevitably break down is an adventure all its own. The journey will be fraught with time delays both mechanical and cultural; if you have a schedule, forget it…it will be of no use.

The landscape will no doubt be gorgeous, the weather warm, skies blue, and you will be in the same figurative boat as many others; in that you find comfort. There will be laughter and chatter as the bus departs and turns in the direction of its destination.

From here it is just a matter of time before an “oh-so common” scenario will play out.  Brace yourself as there is almost no way of getting around it. Take a deep breath, relax, and console yourself with the fact that all control of your day has now been relinquished.  END_OF_DOCUMENT_TOKEN_TO_BE_REPLACED 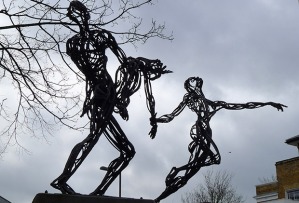 South Africa intrigues me on many levels; what follows will add another layer to that. Today reinforced my feelings of guilt for being white and also shook my core as the brutality of the system that had ruled this country for so long rose up and punched me square in the gut; the type of impact that lands just slightly below the rib cage leaving you winded and at a loss for both breath and words. The reality of the apartheid experience came into focus, vivid and penetrating; as much as it could to an outsider who had not lived through it.

The first shock upon entering the “SOuth WEstern TOwnships” was the disparity of wealth. It was never more apparent than in the section just outside the city limits of Johannesburg. An area known throughout the world for its stand against the educational policies of apartheid in June of 1976; it’s here that a conglomeration of townships became known as Soweto.  END_OF_DOCUMENT_TOKEN_TO_BE_REPLACED 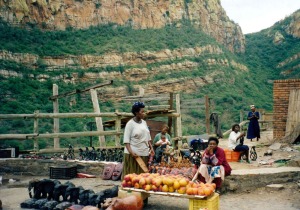 Mist hovers like a veil, caught between a blue cloudless sky and jagged rocks of the landscape below.  Colors of rust, yellow, and green make up the northern spur of the Drakensberg Mountain range and as the heat of the dawning day begins to rise, so does the white halo; leaving in its stead a panorama so gorgeous it has been named God’s View.

The range is a stunning and natural gateway to one of South Africa’s premiere destinations; nothing could be more fitting to enhance the anticipation.

In 1926 South Africa realized the need for the protection of large swaths of land and the wildlife contained within, so established the first of its national parks. This park has grown to become the most famous in the country.  Any visitor is almost guaranteed an uninterrupted view of four of the “Big Five” along with many more magnificent creatures that roam the 7,580 square miles of savanna.

END_OF_DOCUMENT_TOKEN_TO_BE_REPLACED 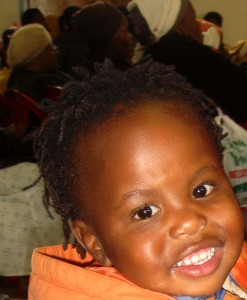 My first time in South Africa was in the early months of 1998. The country was less than four years into its seismic shift of political power and tensions were palpable especially among the white population who, for many, were unable to see anything positive in the change.

Apartheid had been the lay of the land since 1948 and therefore was entrenched in several generations who knew no other way. The end of this sometimes brutal and always unfair system of power came to an end in 1994 when the country went to its first true democratic election and chose as their president Mr. Nelson Mandela.

I had traveled up the Garden Route from Cape Town, eventually stopping at Port Elizabeth where I booked a train to Johannesburg. It was on-board this train that I would be confronted in ways I had not anticipated; a token glimpse into the lives of black South Africans pre and post apartheid by a slice of rhetoric that has stuck with me ever since.

A conversation that so vividly portrayed misunderstanding and fear that to dismiss it as being the rambling or pea-cocking of one man would be tantamount to condoning. His words represented more than just himself. He included friends and peers in his comments many times, making me believe that his opinions were generally accepted among his layer of society.  END_OF_DOCUMENT_TOKEN_TO_BE_REPLACED 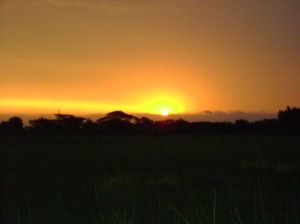 Opened as a protected reserve in 1931 the Kalahari Gemsbok National Reserve straddles the South Africa Botswana border and makes up the southern most portion of the greater Kalahari Desert. It is a sanctuary for a wide variety of game and I hoped to see them all; giraffe, hyena, cheetah, wildebeest, lion etc…and the incredibly elusive Leopard. Like everyone I wanted that photo of a leopard relaxing on a tree branch, staring straight at me with a look of calm self-indulgence as it processes the ease in which it could scare the crap out of me with little more than a swift move in my direction.

It was the middle of summer though, a time when temperatures average 104 degrees, and swift moves on the part of a leopard or anything else with a pulse were few and far between. Our first day would start out early in order to beat the heat; give us a few hours before the wildlife collectively decided to retreat to any place offering shade. As the padlock to the entrance was removed and the gate made a wide berth to officially open the reserve, our jeep moved forward at a crawl.

We had arrived at base camp last night and after a braai and beer had bedded down for the night. The entrance to the reserve, at that time gated shut, was only a few hundred feet from me. As I lay down under the infinite blue of the African sky the last rays of the setting sun melted into the tops of the acacia trees; the horizon a blazing orange. I slept well.  END_OF_DOCUMENT_TOKEN_TO_BE_REPLACED